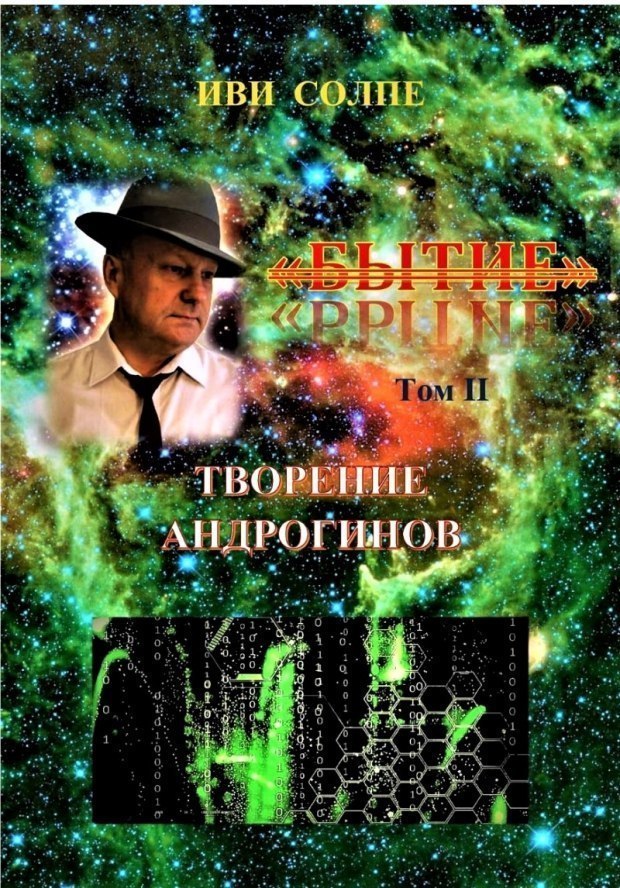 This book is for those who seek answers to questions about the origin and evolution of Life. Who is not satisfied with the explanations of conventional teachings and beliefs. Who seeks the hidden Truth on the path of esoteric knowledge.
In the first volume of the book (chapters I - X), it was convincingly proved that the secret meaning of this part of the bible is a story in its own right. This is, as it were, a preface and a brief description of the genetic experiment, the essence of which is described in detail below, starting from chapter XI. But at the same time, other images and symbols are used.
The second and third volumes of the book “BEING. The Creation of Androgynes” is dedicated to further revealing the true meaning of the book of the Bible Genesis. This can only be done on the basis of the metahistorical method of cognition. After all, that totality of all processes proceeds in other layers of being, which are immersed in other streams of time and types of space. We are separated by tens of thousands of years, vast distances, the level of knowledge and imaginative thinking. For this, it is not enough to have a large stock of historical information; here, insight, contemplation, and comprehension are also needed.
The “garden in Eden” itself, as a genetic laboratory, was not on Earth, but on the planet Elohim, or, better, on the planet of androgynes. It was they who were our Creators and gods. There were no biblical patriarchs, but a laboratory report was presented on the creation of a special androgyne, and, ultimately, a sarcophagus for him. The whole experiment was carried out in four stages, which were designated by the names of the ancestors: Abraham, Isaac, Jacob and Joseph. It was the embryos of these ancestors, after certain genetic transformations, that served as the beginning of the next stage.
The text of Genesis ends very symbolically and seemingly unexpectedly. If the first part mentions the name of the created special androgyne, Noah, then in the second part his name is missing. However, it is said about the sarcophagus, but for whom was it created? Precisely, for this particular androgyne who was implanted with two embryos of human sons. The sarcophagus is a special capsule with a life support system for long-term space flights.Looking a little ahead, at the beginning of the book of Exodus, we see that Moses appears, like a small child in a cradle. The little child is only an image that conveys the state of the androgyne in its capsule. He is helpless, his vital processes have been inhibited and he is just beginning to awaken.
Thus, Moses was not a prophet and savior of the ancestors of the Jewish people, but was that very special androgyne who brought human sons to Earth. The whole path of Moses in the book of Exodus, these are the events that took place in the androgyne genetic laboratory, during the experiment on implantation and birth of both human embryos and androgyne embryos.
Much has been forgotten, lost and destroyed in ignorance, but what has been preserved can be called a miracle.
But, if Noah, and then Moses, were special androgynes with a double womb, then how could they give birth to human sons while in a capsule, and after that give birth to their own descendants. And where are the androgynes? The texts clearly state that in the early days, "gods" and "demigods" ruled the earth. So there was a crew on the ship, they flew back to their planet.
Osiris-Noah-Moses is a chain of transmission of secret knowledge, which in reality represents the same character of the teachings of androgyns, or rather, a group of seven androgynous arks. These special androgynous arks, along with their descendants, remained on Earth after the departure of the spaceship. Their task was to complete the genetic experiment - to revive a new generation of earthly people with higher genetic characteristics. They created their own androgynous civilization, which exists in parallel with us.
The book of the Bible Genesis reveals to us a completely different story of the origin and development of earthly humanity. The current generation of earthly people is the second and is slowly approaching its degeneration. Sooner or later people will realize that they themselves are extraterrestrial beings. They were artificially created on the planet of androgynes, as primitive intelligent beings, in the process of a genetic experiment. However, our biosystem (brain, body) is not stable, it can only develop up to certain limits, set by the genetic characteristics "400-30-0". After that, brain and body mutations, fertility loss and extinction begin.