WHO AND WHY KILLED JFK, MARILYTN, PRINCESS DIANA, KENNEDY Jr. 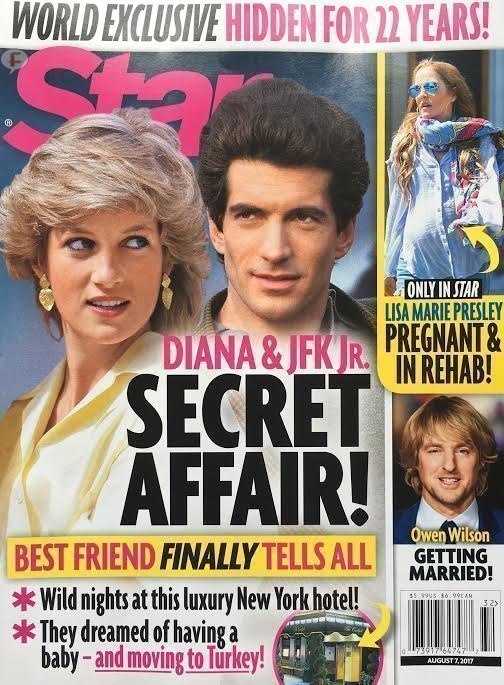 CIA agents killed Marilyn Monroe (staged suicide - "acute barbiturate poisoning") who got information on planned JFK assassination and desperately tried to contact him or his brother, Robert Kennedy. It’s simple to kill without any traces on or in the body if you use a suppository.

It’s when you ask the government a simple question and nobody wants to answer it. And if you ask the wrong questions you get the wrong answers, as with the Warren Commission. Let’s ask some good questions.

Question 1. What would have happened if the snipers missed the target or Kennedy survived, being merely wounded - sniper is a human being - he makes mistakes?

Answer. Kennedy would have won the 1964 Presidential election and then conceivably his brothers, Robert and Edward, would keep the Oval Office until 1984 (count the years for yourself). No war in Vietnam. The CIA would have been shut down. The FBI and Pentagon would have been "cleaned up" and "cleaned out."

Question 2. Why would the CIA, FBI and big business behind them, not to mention others who had their eye on the Oval Office, take such a huge risk?

Answer. There was no risk at all and there was no "huge conspiracy - there was a "passive sabotage" operation. CIA Director John McCone, FBI Director Edgar Hoover and Secret Service Director James Rowley made a deal not to touch Lee Harvey Oswald until operation is over.

Question 3. Why was Kennedy murdered in public? President Kennedy was a sick man, taking a lot of pills daily. He had Addison’s disease which, in addition to susceptibility to infection can cause weakness, weight loss and low blood pressure; so he was taking cortisone. For his back pain Dr. Max Jacobson injected him (and Jackie) with a mixture of unspecified (!) multivitamins, hormones, steroids, enzymes, and animal organ cells. Kennedy also used cocaine, marijuana, hashish and even LSD, especially during dates with women, including prostitutes —- for many people this was not a secret. There were enough opportunities to stage a death in private.

Answer. This had to be a public execution with a very clear message for the next Presidents - "Don’t touch the CIA!" and it worked until now. I want to touch CIA.

Question 4. What was the rush?

Answer. Kennedy wanted to eliminate CIA. JFK′s assassination was planned by a very professional expert. It might be Gestapo Mueller who, unlike other assassins, had a very good reason to keep his mouth shut. That′s why Congress wants to keep 40,000 documents on JFK case classified for another 20 years.

After winning the California primary election for the Democratic nomination for the US President, Senator Robert Kennedy was shot as he walked through the kitchen of the Ambassador Hotel. Sirhan Sirhan, a 24-year-old Palestinian immigrant, was convicted of Kennedy′s murder and is serving a life sentence for the crime. Robert Kennedy promised a full investigation of his brother′s assassination in case he was elected.

John Kennedy Jr. who said once that his father′s death investigation was the most important thing of his life, approached Princess Diana Spencer for an interview for his "George" magazine . They met at New York Carlyle Hotel where JFK dated Marilyn Monroe - a holy place for John Kennedy Jr. where he would never have "hot sex" and "try cocaine" with Diana . It was a business meeting, an "investigation" meeting. In 1995 CIA wanted me to kill somebody very important - it could be Diana and John Kennedy Jr.

CIA used my instructions on staged car accidents to kill Princess Diana. Diana was fatally injured in a car crash in the Pont de l′Alma road tunnel in Paris, which also caused the death of her boyfriend, Dodi Fayed.

Billionaire Mohammed al-Fayed, Dodi′s father, recruited a "mole" inside CIA, somebody who knew the Agency had a file on Diana. He didn′t get it of course through Washington, DC District Court and the mistake was - he had to recruit somebody with straight access to archives. If Diana left a notice on her talks with John Kennedy Jr for her sons, they might be next CIA victims. I can tell Mohammed al-Fayed what′s in Diana′s CIA file for free - surveillance documents, a video tape of the Carlyle Hotel meeting, a plan to stage the car accident, a file on me if I had to do the job.

If I have to investigate Diana′s death, I would start with a very simple question :what happened to the driver, the Ritz security chief Henri Paul ? He tried to out-run paparazzi by speeding down a Riverfront Expressway, but lost somehow control of the Mercedes S280 near the entrance to the Alma Tunnel and crashed into a concrete pillar at an estimated speed of 65 to 70 miles per hour. He died on impact of a severed spine and a ruptured aorta.

Attention. The tests showed an extraordinary high (not explained until now) level of carbon monoxide in his blood (20.7 %), which should have caused a severe headache, dizziness, confusion and absolute aversion to alcohol. Very heavy smokers can have a level of up to 9% , and Henri Paul was not a heavy smoker. There were no ventilation problems in his apartment, office or car. The gas didn’t appear from inside Mercedes because no other passenger was affected. So, what happened to Henri Paul ?

CIA killed John Kennedy Jr. in a staged plane crash. Kennedy along with his wife Carolyn and sister-in-law Lauren were reported missing when the Piper Saratoga II HP he was piloting failed to arrive at its planned destination, the Martha′s Vineyard Airport in Vineyard Haven, Massachusetts.

A search immediately commenced to locate the trio, ending on July 21 when their bodies were discovered and returned to land. The National Transportation Safety Board (NTSB) determined that the plane had crashed into the Atlantic Ocean off Martha′s Vineyard and the probable cause was pilot error: "Kennedy′s failure to maintain control of the airplane during a descent over water at night, which was a result of spatial disorientation." Kennedy was not qualified to fly a plane by "instruments only," though the crash occurred in conditions not legally requiring it. Their ashes were scattered from the Navy ship off the coast of Martha′s Vineyard.